The ŽPSV s.r.o. company is a firm with a long tradition history. It is a traditional supplier of concrete products for the building industry specialized in the transport
structures (railway, road) and ground works including panel buildings revitalization, construction of industry and shopping centres, environmental structures etc.

The product assortment and total production of our company has been substantially extended in course of years and it appears among the foremost suppliers of
concrete goods and ferroconcrete onstructions.

The enterprise produced the first reinforced concrete sleepers, which became a company's bearing program, as late as in the year 1955.
The company had experienced plenty of structural changes from its foundation and it has been known under the ŽPSV trade mark only since 1963.

The original enterprise was founded in Prague in the year 1952 under the name "The enterprise for quarries and gravel pits", where were besides big quarries
also small works of concrete mixing plants and quarries within the Czech regions and Slovakia included. 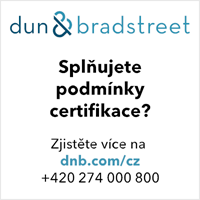